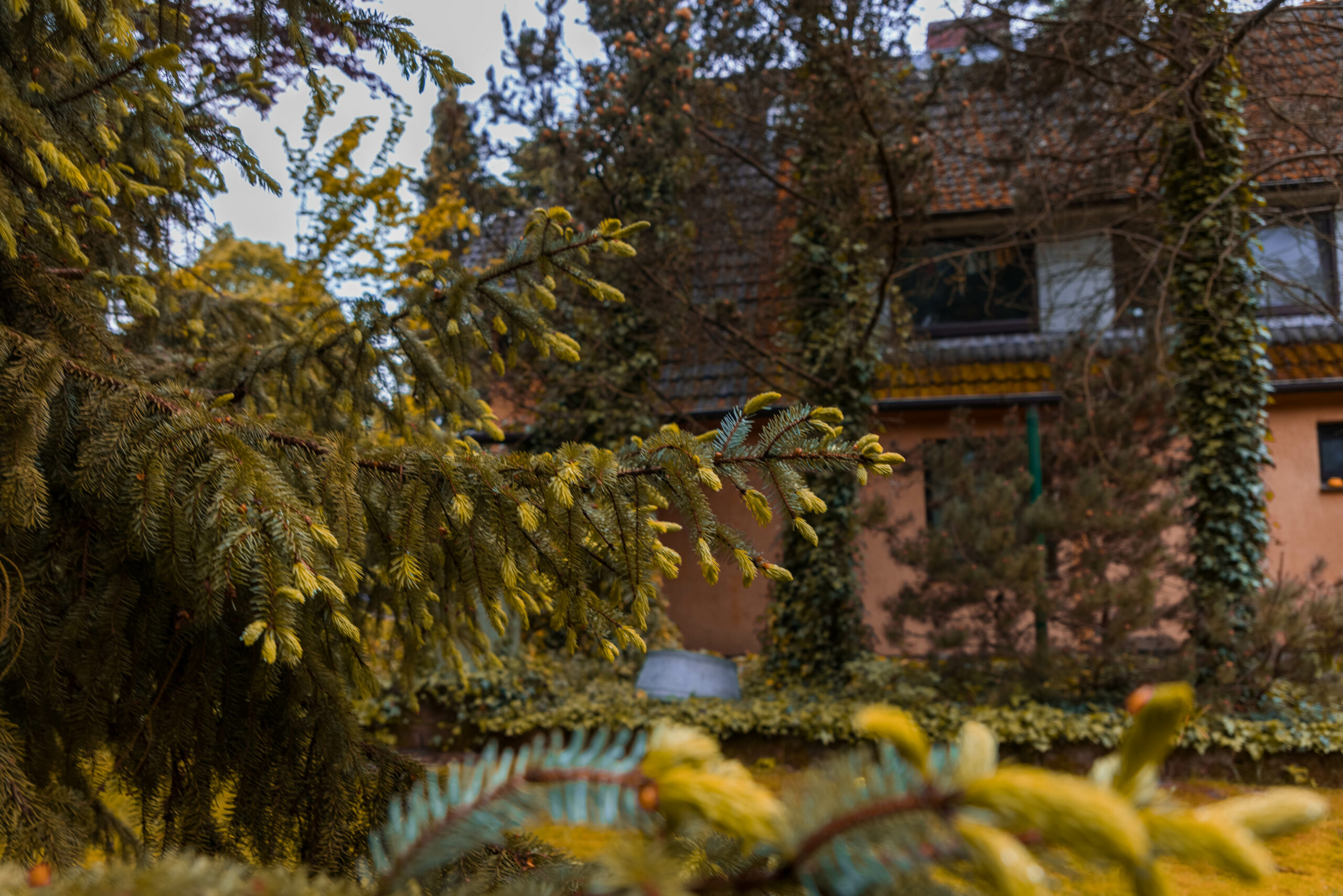 All paths lead to Buchholz. Something like this must have been the motto of our family. My grandparents, together with their parents, flee from Silesia and East-Prussia into the Lüneburger Heide around 1950. My grand-grandfather received a piece of land, from an old school, in order to stay there with his family. The first refuge was a little hole in the ground, under a birch tree. Piece by piece and with available tools in that age, the family built a house, in which my grand-grandparents and grandparents lived from there on.

The area became agricultural land and a kind of “farm” was established. My grandparents kept the house, raised their five children there and gave space to one of their daughters, my mother, in the house who lived there with the family. The cultivation of the land and the quantity of animals decreased as other professions were taken. But still, the more generation house stayed with some vegetables and potatoes, as well as cared for chickens, peacocks, small animals, a dog and a cat. The butchering and boiling was done by themselves which allowed me to have memories of my early childhood, sitting by my grandmother who was plucking the chickens on the farmyard. As a child and youth, I was lucky to get to know the vastness of the rural environment and the closeness to the town at the same time. This is possible in Buchholz. After my grandparents had passed away, we took the farm over and I also moved into a part of the house. Plans for the future are already hovering through the air and I’m excited about what comes next. One thing is for sure though: We reached Buchholz, and it is Buchholz where we want to stay.